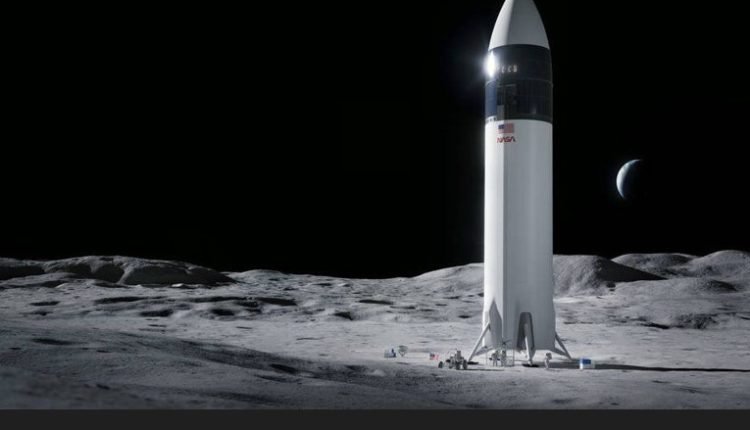 About the Orion spacecraft:

NASA is preparing missions to travel further into space than ever before, and it will use the Orion spacecraft for these explorations.

Honeywell has been involved in every human spaceflight mission for NASA, and this one is no exception. As part of a long-term partnership with Lockheed Martin, we will help deliver critical components onboard.

Here are some details.

Orion will bring humans back to the moon.

There have been no astronauts on the Moon since the end of the Apollo missions in 1972.

This will change with the Artemis mission expected to begin in October 2020.

On its initial voyages, Orion will orbit the moon and back unmanned. In about two years, astronauts will board the spacecraft and fly around the moon again.

Essentially, the spacecraft will orbit our planet twice while periodically firing its engines to build up enough speed to propel it toward the Moon and back to Earth, NASA said.

Those missions will include landing the first woman on the Moon by 2024, according to NASA.

Orion will have the most strong technology and launch system ever.

The Space Launch System, the rocket that will send Orion into space, will be the most powerful ever built, according to NASA.

It can push more tons than ever before and enable us to go into space with fewer launches, said Jeffrey La Plante, Honeywell’s Orion program manager.

The software that powers the spacecraft will also be groundbreaking.

The technology used to explore space benefits us here on Earth, he added.

In our everyday lives, we interact with space in ways we don’t realize because it’s built into the technology we use every day, Jeffrey said.

Most people don’t realize how much space is incorporated into their lives, he said.

The lunar mission will be a prelude to astronauts exploring Mars.

According to NASA, the Red Planet is approximately 1,000 times farther away from Earth than the International Space Station missions.

It takes time to get to that distance—it takes astronauts about a year to reach the Red Planet, a year to explore Mars, and another year to return home.

The first Artemis mission – without a crew – will last 26 days, and NASA intends to test Orion by pushing it beyond its limits with astronauts on board.

The Orion spacecraft was designed to ferry astronauts between Earth and the Moon, but it wasn’t designed to land there.

On future missions, astronauts will be transferred in orbit to landing craft that will take them to the surface.

SpaceX is building the landing system for NASA.

There are also plans to build the first-ever space station to orbit the moon, called the Gateway.

In the future, Orion will dock with the Gateway and the astronauts will be transferred to the landing craft. After completing their mission on the lunar surface, they will return to the space station and re-enter Orion on their journey home.

To return to Earth, Orion will speed around the Moon and bounce back to Earth.

As it approaches Earth, the capsule separates from the service module, which is no longer needed.

The atmosphere slows down the capsule, but the heat shield is needed to protect the crew from temperatures of around 2,700C (5,000F).

After traveling more than 2 million kilometers (1.3 million miles), the capsule will eventually touch down in the Pacific Ocean.

With help from the U.S. Navy, NASA will recover the Orion capsule and analyze instrument data over the next few months.

Part of the capsule will be repurposed for Artemis II in 2024, when four new astronauts will be launched into space on an SLS rocket.

NASA has unveiled a new list of candidates for astronauts who can fly to the space station and carry out future missions to the moon.

They go through rounds of interviews, team exercises, comprehensive physicals and aptitude tests.

The six men and four women were selected from a pool of approximately 12,000 applicants.

Candidates will now undergo two years of training before graduation.

We’ve always had a frontier to expand on, and now the frontier is up, into space, said NASA Administrator Bill Nelson.

The group will participate in what is known as the Basic Astronaut Candidate Training Program, which is designed to develop the knowledge and skills they will need if they are selected to fly.

Candidates need to complete a military water survival exercise, fly a NASA T-38 training jet, and earn a scuba diving qualification in preparation for spacewalk training — which takes place in a giant swimming pool at the Johnson Space Center in Houston. in progress.

There is no guarantee of eventual selection as an astronaut: they must complete their training to a satisfactory level.

Those who graduate are eligible for flights to the space station and to the moon — provided NASA’s Artemis program isn’t delayed. However, they are unlikely to be assigned to missions immediately; after becoming full-fledged astronauts, they continue to hone their skills.

5 reasons to buy a gaming laptop for work